Vinayak Joshi is an actor, Former Radio Jockey, Former Head of Digitial Communication at Flipkart who works in the Kannada film industry. At present, he is a Freelance media consultant. He recently acted, Directed, Produced and composed a web-series called Joshelay. Here, we will cover Vinayak Joshi Biography 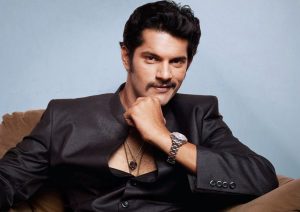 Vinayak Joshi was born on 25 August 1987 in Bangalore, Karnataka. His ancestral roots trace back to Dharwad District. Vinayak Joshi studied is National College, Bangalore. He started as a child artist from the 1996 superhit Movie Nammoora Mandara House by Sunil Kumar Desai. Before his radio profession, he had been acting in the Kannada Industry Since he was 7 years of age.

He is active to post on Facebook, He was about 22k Likes as well as, 22 Followers on Facebook. Fans and Followers can be connected and be closed as through on

Vinayak is active to post on Instagram, He Was about 10k Followers as well as 3k Following on Instagram. Fans and Followers can be connected and be closed as through on https://www.instagram.com/vinayakjoshi87/

Haage summane 😊 a candid picture at #joshelay screening and discussion at Central mall that happened on 5th of may.