Sports and games are the best stress-busters, but sometimes going out to play is not always possible particularly when it’s raining, or dark outside or curfew. Whereas Active kids fidgeting on the couch, the clock ticking slower than usual, and you are out of idea what to play. Also, it is the best trait to grow strong both physically and mentally in which weather conditions cannot stop us from playing. Indoor sports and games provide us the pleasure as they also contain many varieties of games and indoor games are convenient to play. So in this article, we are listing exciting Top 10 Indoor Games That You Can Play At Home – Overcome Your Boresome.

Top 10 Indoor Games That You Can Play At Home

Snooker is the most royal game the game originated by British Army officers stationed in India modified the traditional billiards and devised snooker. Whereas, in this game, you need 15 red balls, six balls of other colors, and a white cue ball. In which first you have to pot red ones then you have to pot the other balls using the cue ball. As snooker is a recreational game but some play it for money and prestige which is somehow gambling.

The game contains as much fun as fun has in his name and the best enjoyed when in the company of other people. as you can play this game with as many as you can, but the moment is when as such people get disqualify and get out of the game. Actually the game all depends upon the music, at the start, you have to sit on a chair after the music starts you have to wait till the music stops when it’s stop you have to sit on the chair quickly.

As the game is the most popular in teen groups, nut nowadays peoples in the kitty party also play these games. However, As it is a great game that tests alertness and quick responses which gave him the best fun way. the is quite simple to play you just have to command others like ‘Simon says…’. Anybody who fails to follow instructions or gets misled into following commands that don’t start with ‘Simon says’ is out or else they have to do any dare.

Uno is the best group game and also you can play this game with your family. The game has its own rule or some people might make there own rules. Whereas, it is a fair idea of what to do while you’re at home with your kid. As the game contain cards in it with many numbers, colors, and special cards that will help you out for bouns tricks and crazy moves. It conation some special cards like the reverse card, wild card, drop 2 & 4 for adding extra time in-game which is totally lit.

Top Sports Events You Shouldn’t Miss Out On 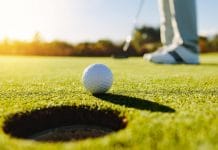 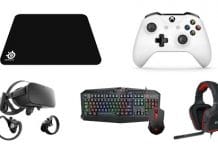