Sumalatha is an Indian film actress, she was born in the year 1963. Sumalatha is a popular actress in Tamil, Kannada, Telugu, Malayalam, and Hindi. Sumalatha acted in more than 200 films. Later she entered into the Politics participated as independent Candidate as Lok Sabha. In this post, we will cover the Sumalatha Biography, Movies, Connect…

Sumalatha was born on 27th August 1963. She worked in more films. Sumalatha entered in the Kannada industry in the year 1987, her first movie is Thoovanathumbikal and movie director is P. Padmarajan. At the age of 15years in Sumalatha won an award in Andhra Pradesh Beauty Contest and later entered into movies. She acted in her first Telugu film named Samajaniki Saval. Thisai Maariya Paravaigal was her first movie in the Tamil industry.

Sumalatha married Kannada Actor Ambareesh, He is also a Politician. They both got married on 8th December 1991. Abhishek Gowda is their son.

Sumalatha is a popular actress, she has done around 200 films in all South industries, Sumalatha’s acting was appreciable and here we can watch Sumalatha Top 10 Hit Movies.

Awards and Achievement Received by Sumalatha

Twitter is most of us using social media by celebrities and businessmen, Sumalatha is on Twitter to stay in contact with the audience which is his fans.

I thank @narendramodi ji and the Govt.of India for reaching out to the bereaved families of bus accident victims this means a lot to me personally as well as it was a shared loss and pain , November 24th can never be forgotten 🙏 https://t.co/mjwh9tklHR

Sumalatha is also on Facebook and has a good fan following. Now you can get the latest feeds from Sumalatha directly to your timeline on Facebook.

Sumalatha is also on Instagram and has a good fan following. Now you can get the latest feeds from Sumalatha directly to your timeline on Instagram. 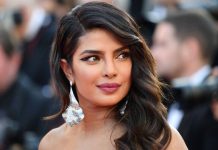 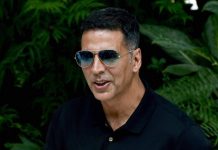 Bail bond basics – Things that the defendant’s family need to...