Modern technology and filmmaking go hand in hand these days. From fundraising to digital cameras to editing software to animated films, technology has advanced the art of indie filmmaking far beyond any other industry.

In pre-production, being able to launch a film website, raise funds, use social media to drive awareness and gauge your audience, all at basically no cost, is an amazing progression for any film. Given that we used to have to make posters, hang flyers and pay for prime TV commercials, this is a huge leap for filmmakers on any budget.

When fundraising, one of the best ways to make an impact with your film investors is to show how you are using modern technology from the beginning to the end of the entire budget filmmaking process. This shows you are talented, savvy and cost-conscious. For the latest in technology in film financing, you’ll want to use a great digital film business plan.

During production, of course, is when technology and filmmaking really join together and make a complete home run. Digital technology has changed every minute of the making of a film. When a filmmaker goes digital, it means far less equipment to carry and move, less waste of talent and production days and production companies can finish their shooting schedules with less waste, keeping the entire project under or close to budget.

According to the MPAA (Motion Picture Association of America):

Once upon a time, 24 frames per second was an industry standard. But thanks to major advances in filming technologies, movies like The Hobbit boast 48 frames per second – making it the first movie in Hollywood history to surpass the standard fps rate. The result? A more immersive, visually stunning rendition of J.R.R. Tolkien’s universally cherished tale.

Showing your potential movie investors all you are contributing to the bottom line of your budget (negative film costs) will go a long way in showing you are invested in your film’s finances and are contributing to the bottom line, even if you don’t have the cash on hand to contribute. It is your job as the producer to make sure costs are as low as possible, while still keeping the quality high, as this will gain the respect of film investors.

You need to show what the optimum budget would be for making your film, and then show how you have lowered it through your investments in technology, product placement, tax incentives and all the other forms of soft financing you have achieved, which directly contribute to your bottom line. This shows investors you are not lazy, and that you have completely maximized every financial opportunity available to make your film, leaving the remainder of the cash investment you need for only what is absolutely necessary and cannot be achieved without said cash. You show all of this effort in your Film Business Plan and Indie Film Pitch Deck.

For any new or experienced filmmaker, film funding is going to present a large challenge. If it took Scorsese over 10 years to secure financing for The Irishman, and that was with DeNiro and Pacino attached, you can only imagine how difficult it will be for an unknown filmmaker to secure funding. You need to use every trick in the book to entice investors, secure talent and crew and woo outsiders to be as passionate about your film as you are.

FilmProposals.com is here to help you put your best foot forward and raise the most film funding possible. 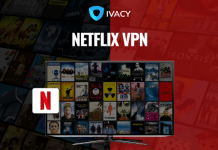 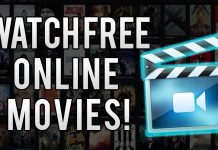 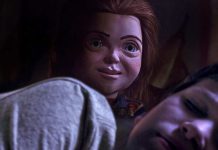