A frequently encountered issue with Windows 10/8/7 is the unexplained High Disk usage which at times freezes all other processes of the system. In a lot of cases, upon checking the Task Manager, it is found that the Windows Modules Installer Worker CPU and Disk Usage is very high at times even more than 50%. In this article, you will find details about the How to fix Windows Modulus Installer Worker, High CPU, Disk Usage.

The Windows Modules Installer Worker or WMIW or TiWorker.exe checks for new updates from the Windows server and installs them on your computer system. This process might cause load on the system and in some cases, push the disk usage to 100%, thus hanging or freezing all other processes. Restarting the system won’t work, and the issue does not resolve by itself.

How To Fix Windows Modulus Installer

This service runs only when Windows download or installs new updates. If the problem is with disk usage, then maybe this service is checking for an update. Or, maybe downloading required updates. In that case, I suggest you wait for updates to get complete. Because stopping this service between update leads to other problems.

Now, here you can see, that Windows is installing an update or not. As you can see in the below screenshot, there was a “Cumulative update” available. And, Windows is preparing to download this update. That’s why a high disk usage problem was occurring.

If the windows installer module worker” is using high CPU power. And, In Windows update section is showing “System is up-to-date”. Then, It could possible that due to some malware attack, this problem is occurring. Windows 10 comes with Windows Defender Security Center”. That can fight against malware and virus. But, if you had turned off “Real-time protection” then malware can attack your system. Because we all visit tons of sites daily. Some sites contain malicious codes, that harm our Computer. So, first turn on “Real-time protection”, if it’s off. After that, run a full system scan.

Step1: First, Open Settings App in Windows 10. Then, go to “Updates and Security”

If you have any queries or any other ways then you can feel free to drop it in the comment section below. Also, here you will find details about the latest movies, technology news and updates. 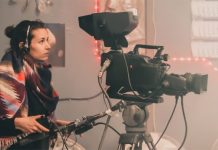 Recycling your old mobile phone before it becomes useless

How to Remove Slideshow from Any Website – Ultimate Guide

How To Watch Series Unblocked – Best Mirror Sites And Guide 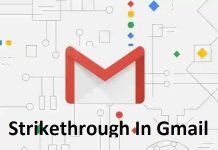 Methods To Do Strikethrough In Gmail – Ultimate Guide

How To Fix Elara App Preventing Shutdown – What Is Elara